It’s been nearly eight months since the inauguration of Donald Trump, and things could be a lot worse, notes longtime organizer Jeff Ordower. Yet it is not enough to simply congratulate ourselves for saving the Affordable Care Act or the Consumer Financial Protection Bureau, he says. Instead, we should be thinking about how to move the protests and uprisings of recent years onto the next level.

I think the story is really critical. Uprisings and movements happen because something horrible happened or something that affects people is going to happen. They are going to poison the water on indigenous land at Standing Rock or there is yet another police massacre in cold blood or there are people who are worried about their healthcare and what is going to happen to them and more importantly what is going to happen to their children. That is really important and can’t be underestimated as a starting place. How we tell that story and who is affected and having affected people take the biggest and boldest risk, being in the front is critical.
Then, I think a lot of times as organizers we sometimes fall into the trap where we want to have the perfect thing; either it is the perfect narrative, the perfect story—I know in the early days of the healthcare fight, for example, people were like, “If you want to move McCain, you have to get seven veterans to go to McCain’s office.” I think sometimes we try to be too strategic. Really, if people want to move, we have got to give them something to do that makes sense. Sometimes that is occupying a park or putting your bodies on the line and sometimes that is just like, “Show up with a handwritten letter. Here is your toolkit for organizing this alternative town hall.” I think creating those containers where everyone can take action is really, really important.
It is no different than when I was first training as an ACORN organizer back in the 1990s and you sit on someone’s couch and you’re talking about neighborhood issues. The way people were going to get involved or not, you are saying, “What do you think it would take to get a stop sign on the corner?” and they would say, “I don’t know. We have got to get some people in the street” and you are like, “How many people would it take to block the street?” “Thirty.” You would say, “Great. Could you be one of those thirty?” and if they could see themselves doing that, then they were going to join. And if they thought it didn’t make sense, they wouldn’t. I think creating things that people can see themselves doing is really, really critical to all the fights. That ask is different. It is not always an easy thing to do. People will go and be in the streets as we saw in St. Louis, as we saw in Ferguson, night after night after night, because they felt like that was the most important thing that they could do.

Up at Moyers & Company.
Up at The Progressive.
Up at Truthout.

END_OF_DOCUMENT_TOKEN_TO_BE_REPLACED 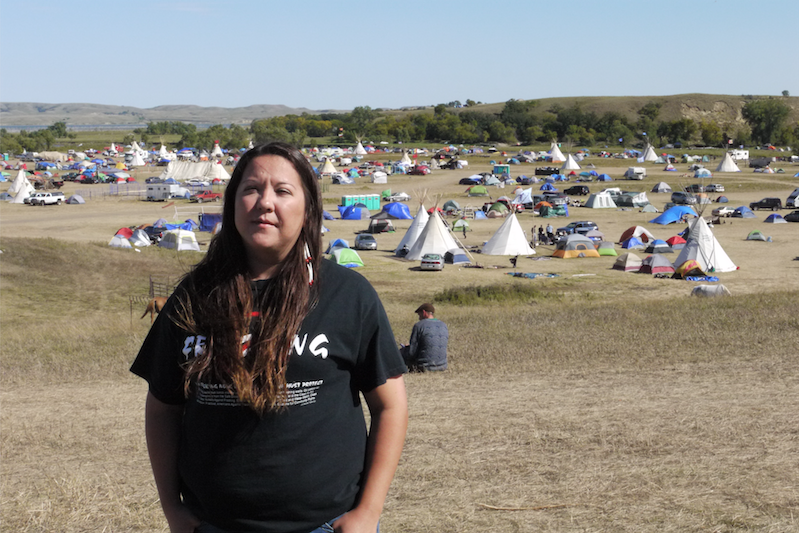 Last Friday, March 10 was the Native Nations Rising march and gathering in Washington, D.C., a coming together of water protectors and indigenous leaders and organizers from around the country. They gathered to remind the Trump administration that they were not going away and that the struggle to stop the pipelines, the “black snake,” would continue. But, says Kandi Mossett of the Indigenous Environmental Network, the gathering also allowed people to come together to refresh connections and to plan for the next steps.

I feel like it was a great success and it led people to work on all the other pipeline sites, because we do have Keystone XL back on because of Donald Trump. There are already camps. There is a camp in South Dakota already near the Cheyenne River Sioux Tribe. They are fighting, again, the same way they did before because the Dakota Access Pipeline encampment, all of that was a result of the success we had with Keystone XL. Now, all the people are going back to Keystone XL to continue to fight that. But there are people going to the Two Rivers Camp in Texas to fight against the Trans Pecos Pipeline which is the same company, Energy Transfer Partners. To continue to the Dakota Access Pipeline fight, a lot of people are going to Louisiana where a camp is being set up against the Bayou Bridge Pipeline. The Bayou Bridge Pipeline is the one that will connect to the Dakota Access Pipeline in Illinois so that the oil can continue to go down to Port Arthur, Texas where it will be refined and then shipped to foreign markets. It is all part of the same project. A lot of people didn’t understand that until they went to D.C. and saw the different information and made that connection that we need to continue to fight.
It is so much bigger than Standing Rock and one pipeline. In addition to that, we are arranging toxic tours and having people come to North Dakota to see the Bakken and the shale oil formation so that they can see where the oil is coming from and to help push more bans and moratoriums on fracking.

END_OF_DOCUMENT_TOKEN_TO_BE_REPLACED 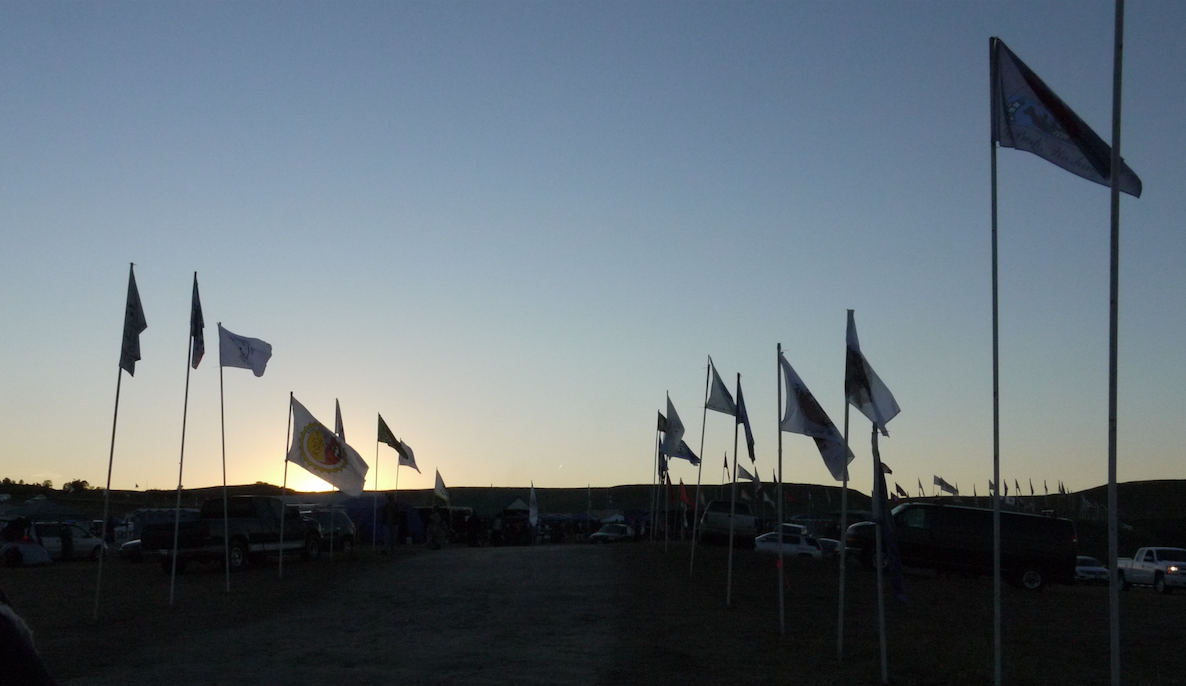 Judith LeBlanc of the Native Organizers Alliance spoke at the Women’s March in Washington, D.C. and remains part of the movement taking the resistance at Standing Rock around the country, from divestment campaigns in Seattle to a Native-led March on Washington coming soon.

No matter how strong capitalism seems to be, it is inherently full of contradictions and therefore masses of people, when organized, even if not the majority, can have an impact. We have organized this alliance, joined a coalition that involved many, many groups – faith groups, as well as divestment groups and environmental groups like 350.org – in doing a serious of actions in the last few days to pressure the seventeen banks who are invested in Energy Transfer Partners to meet with the tribe. To divest, but to do so on the basis of meeting with the tribes and understanding what the issues are and the impact the pipeline can have. We have also had tremendous numbers of people, I can’t remember the figures of people who closed their personal accounts that were in some of the seventeen banks. It has given many people the ability to say, “Amen” in their personal lives, to live a life that is actually in sync with their beliefs that we all have a role to play in saving Mother Earth.