Trump says his tax cuts will give every American a $4000 raise. But American labor unions have been burned by trickle-down claims for decades, because the wealth has just been zooming upward faster and faster. So when Trump made his promise, the Communications Workers of America told corporations: “Put it in the contract.” The union opposes the tax bill, which will hit many members with tax increases, but if it’s going to be forced to swallow more trickle-down policy, says general counsel Jody Calemine, then the companies getting the big breaks need to pony up the cash to make it up to their workers.

As far as I know, we have never responded in such a direct way before. The promises made by this White House are so specific about what the outcome would be that it simply spurred us to try and hold them to this promise and got to our employers and ask them to sign. There is another specific promise that these guys made, on Paul Ryan’s website in big letters, that this tax bill is going to prevent the off-shoring of jobs. That is a big issue for us. We have been fighting off-shoring for a long time. It is what the Verizon strike up and down the east coast last year was all about. They are saying this is going to prevent off-shoring? Then, we are going to our employers and in these contract proposals, there is a second provision. It says “So long as this tax bill is in effect, they will not off-shore work. New jobs will be created here rather than overseas and work that is here isn’t going to move overseas.”
Again, just like the wage increase, this is something entirely within these corporations control. Based on the tax savings they are going to enjoy under this tax bill, they get to decide what they are going to do with it. The politicians are saying, “This is what will be done with it. That is why working people should support this bill.” So, we are going to those employers and saying, “Is that, in fact, true?” and we haven’t gotten a response.

Up at Truthout.
Up at The Progressive.
Up at The Baffler.
Up at Moyers & Company.
Interviews for Resistance is a syndicated series of interviews with organizers, agitators and troublemakers, available twice weekly as text and podcast. You can now subscribe on iTunes! Previous interviews here.

END_OF_DOCUMENT_TOKEN_TO_BE_REPLACED 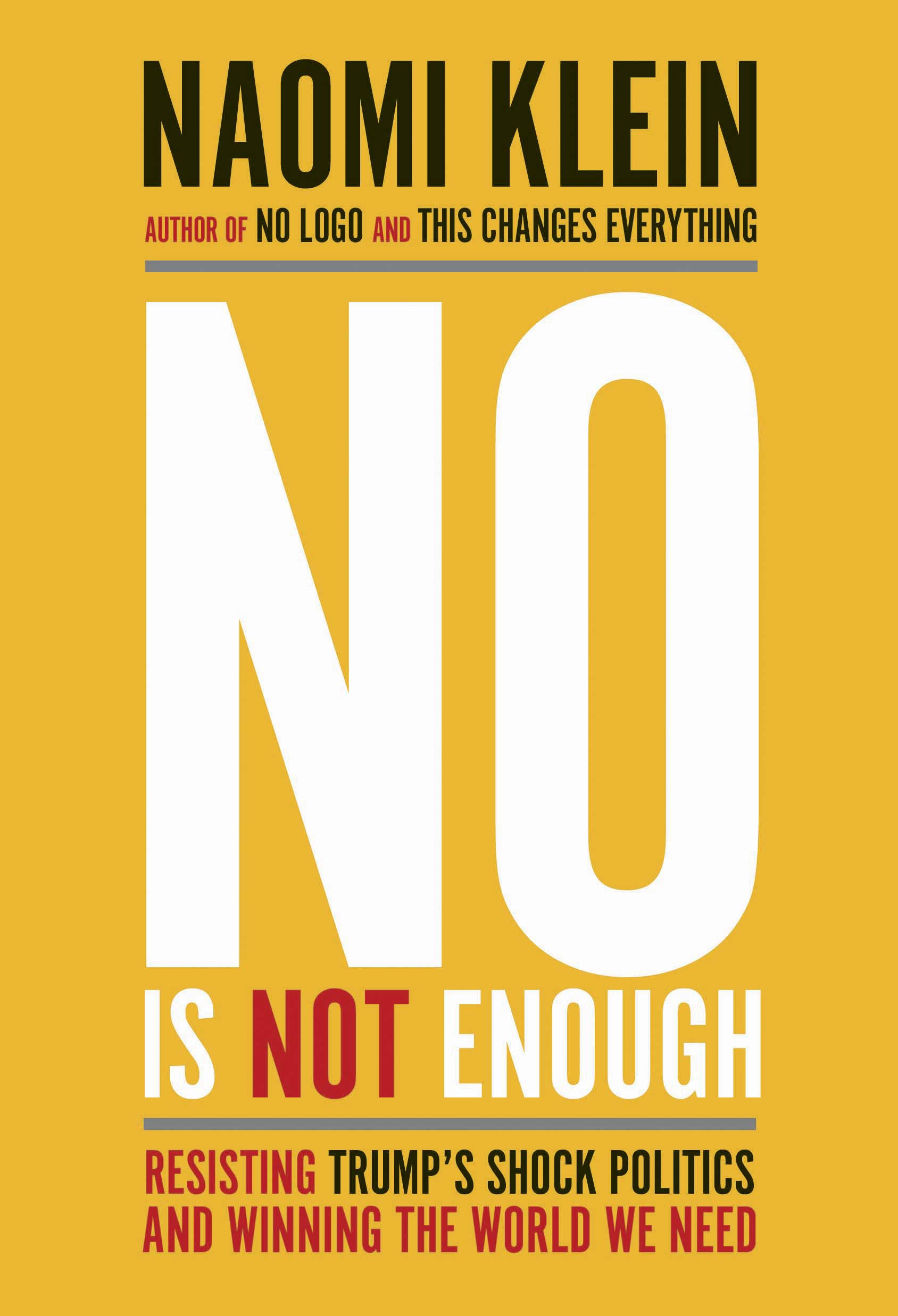 The rise of Donald Trump seemed shocking to so many, but to Naomi Klein, something of an expert on shock, the feeling that Trump brings out is more akin to the horror of a bad dystopian novel. Indeed, it’s like her decades of previous research into the growth of global brands and a movement against them, into the violence of neoliberalism, and the destruction and movement against climate change has all come together in one presidency. That gives her a lot of ideas of how to fight him, ideas she details in a new book, No Is Not Enough.

There is no doubt that the far right is entering into a vacuum left by neoliberal centrism and liberalism. It is worth remembering that not so long ago, there was a very large, progressive, committedly internationalist movement that was taking on the whole logic of what was called “free trade” or “globalization” or “corporate globalization.” We called it “corporate rule” for the most part, because the problem was not trade, it was the writing of rules for the global economy in the interests of a small group of powerful corporations. Forget hollow brands. The center of that fight was about the hollowing out of democracy. Yes, sure, you can still vote, but the most important decisions about your life are being outsourced to institutions over which you have no control.

The fact that neoliberal centrist parties pushed those deals, signed those deals, negotiated those deals, and never aligned themselves with that grassroots progressive movement, left the space open for the Donald Trumps and the Nigel Farages and the Marine Le Pens of the world to come in and say, “We know how out of control you are. We believe you should be authors of your own fate, of your own destiny.” We left these ideas unattended, let’s just say. There are lots of great groups that never stopped focusing on trade, like Public Citizen and Food and Water Watch and lots of groups in Europe. But it stopped being a mass movement in the global north after September 11th. It is worth interrogating why that happened.