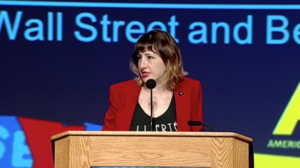 Five years ago, a new wave of social movements emerged in the United States and worldwide, beginning with Occupy Wall Street movement which began in New York City and then spread across the nation and the globe. This in turn gave rise to a variety of other social movements, from Black Lives Matter, to the Fight for 15, and more. Panelists will discuss this new cycle of protest, its impact and its future prospects.